@ The 59th Annual Meeting of the Renaissance Society of America
San Diego • April 4, 2013 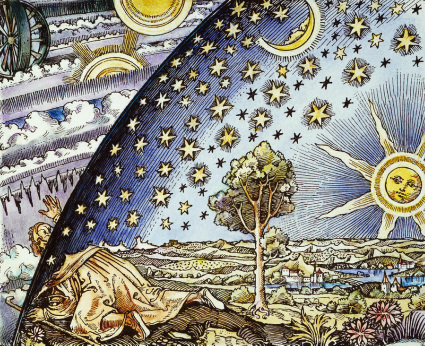 During the Renaissance, the traditional authorities of university teachings and their doctrines were intensely questioned on the basis of the ideas and views introduced from the “newly recovered” sources: Plato, Hippocrates, Galen, Aristotle’s Greek commentators, the atomists, the Stoics, etc.


The intellectual fecundity of the Renaissance was propelled by the intense activity of the humanists who were engaged in collecting, editing, translating and publishing the ancient literary heritage, which had been scarcely read or entirely unknown to the medieval world. They were active not only in deciphering and interpreting these newly recovered texts but also in producing original writings inspired by the ideas and themes they found in the ancient sources.

In the field of natural philosophy, humanist culture also led to important innovations, sparking lively debates and a flood of writings. Natural philosophy became a huge “laboratory,” where alternative approaches could be launched and tested. One of its most striking features was the emergence of a wide range of interpretations of life and their application to broad natural phenomena in medicine, chymistry and even cosmology. This proliferation of vitalistic, biologically oriented or organicistic ideas was the richest outcome of Renaissance intellectual culture.

The present project aims to examine this fertile and complex ground through multidisciplinary approaches. It has three main goals: 1) to reevaluate the impact of such major authors as Ficino, Pico, Paracelsus, Fernel, Cardano and Scaliger on natural philosophy, science and medicine; 2) to shed fresh light on lesser-known actors like Riolan the elder, Paparella or Burggrav; and 3) to reconsider the continuity and transformation of Renaissance interpretations of life in canonical figures of the Scientific Revolution such as Bacon, Kepler and Galileo.